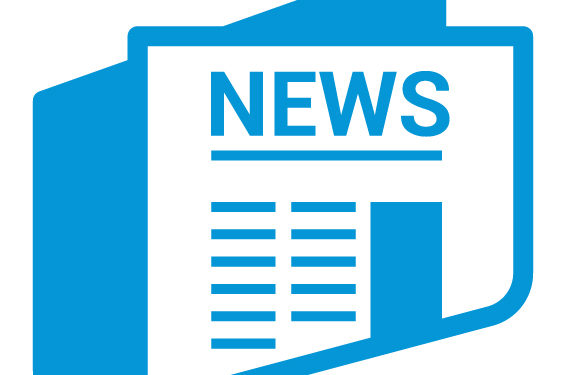 The twenty-ninth meeting of the Emergency Committee under the International Health Regulations (2005) (IHR) on the international spread of poliovirus was convened by the WHO Director-General on 4 August 2021 with committee members and advisers attending via video conference, supported by the WHO Secretariat.  The Emergency Committee reviewed the data on wild poliovirus (WPV1) and circulating vaccine derived polioviruses (cVDPV).  The following IHR States Parties provided an update at the video conference on the current situation in their respective countries: Afghanistan, China, Democratic Republic of the Congo, Egypt, Madagascar, Nigeria, Pakistan and Uganda.

WPV1 transmission continues to fall, with no new case since January 2021 when two WPV1 cases occurred, one each from Pakistan and Afghanistan, compared to 94 WPV1 cases during the same time period in 2020. Similarly from environmental surveillance, the overall proportion of specimens that are positive has reduced from almost 60% in 2020 to less than 15% in 2021 to date with no detection in Afghanistan since 23 February and only ten isolates in Pakistan since 31 March. The most recent detections in 2021 in Afghanistan were both the result of importation from Pakistan.

While the Committee noted the commendable progress being made, there is no room for complacency. The Committee recognised significant ongoing challenges and threats to front line workers, including deaths of immunisation staff in Afghanistan and of supporting police officials in Pakistan.  Although surveillance is functioning well in most areas of the two endemic countries, recent isolation of long chain or orphan viruses in both countries indicates a possibility of missed transmission in the hard to reach and high-risk population groups.  The ongoing inaccessibility in many provinces of Afghanistan coupled with increasing military conflict remains a major risk.  Around three million children were persistently missed in 2020 and 2021 so far, with around one million children in Southern Afghanistan missing out on vaccination for almost three years. Hence, the cohort of missed children continues to grow.  Progress in conducting mosque based campaigns in non government controlled areas signals a hopeful path to addressing this gap.

There has been inconsistent vaccination campaign quality in critical areas of Pakistan and Afghanistan, including Karachi, Quetta Block and the Southern Region of Afghanistan.  The potential effects of COVID-19 including new variants in Afghanistan and Pakistan may cause interruption of polio eradication activities; mitigating this risk is the potential effect of lockdowns, travel restrictions and border closures on transmission rates of many infections including polio.

However, there have been no new emergences detected so far in 2021. In Afghanistan in 2021, all cVDPV2 cases occurred in inaccessible areas.  The total number of lineages detected in 2021 is 15 so far, compared to 36 in 2020, and 44 in 2019. This reduction may reflect refinement and modification of cVDPV2 outbreak management to lessen the risk of seeding new emergences. Both the newly infected countries since the last meeting (Gambia and Uganda) have resulted from international spread. Based on analysis of isolates by genomic analysis, in the three months from January to March 2021, there have been eight episodes of international spread of cVDPV2. China has reported an outbreak of cVDPV3 due to local emergence, bringing the total number of infected countries to 31.

Despite the ongoing decline in the number of cVDPV2 cases and the number of lineages circulating, the risk of international spread of cVDPV2 remains high as evidenced by recent infections in Gambia and Uganda following importation from a neighboring country. Experience in Egypt and Iran has demonstrated that countries with high RI and IPV coverage are also at risk of established cVDPV2 transmission, following importation.

Although heartened by the apparent progress, the Committee unanimously agreed that the risk of international spread of poliovirus remains a Public Health Emergency of International Concern (PHEIC) and recommended the extension of Temporary Recommendations for a further three months.  The Committee recognizes the concerns regarding the lengthy duration of the polio PHEIC, but concludes that the current situation remains risky, with clear ongoing risk of international spread and ongoing need for coordinated international responses. The Committee also recognised that the ongoing COVID-19 pandemic may have an adverse impact on polio surveillance and on immunisation activities, as will the gradual withdrawal of polio funds from some of the affected countries. The Committee considered the following factors in reaching this conclusion:

Based on the following factors, the risk of international spread of WPV1 appears to continue:

Based on the following factors, the risk of international spread of cVDPV2 appears to remain high:

The Committee provided the Director-General with the following advice aimed at reducing the risk of international spread of WPV1 and cVDPVs, based on the risk stratification as follows:

Criteria to assess States as no longer infected by WPV1 or cVDPV:

Once a country meets these criteria as no longer infected, the country will be considered vulnerable for a further 12 months.  After this period, the country will no longer be subject to Temporary Recommendations, unless the Committee has concerns based on the final report.

States infected with WPV1, cVDPV1 or cVDPV3 with potential risk of international spread

States infected with cVDPV2, with or without evidence of local transmission:

States that have had an importation of cVDPV2 but without evidence of local transmission should:

States with local transmission of cVDPV2, with risk of international spread should in addition to the above measures should:

States no longer infected by WPV1 or cVDPV, but which remain vulnerable to re-infection by WPV or cVDPV

The Committee welcomed the substantial progress that has been made but warned that the situation in Afghanistan risked a rapid reversal of progress.  The Committee urged the polio programme to continue to discuss with all parties involved to ensure every missed child in inaccessible areas be quickly brought up to date with vaccines to avoid a sudden surge in cases, particularly as the high season commences. The Committee also urged donors and partners to continue their support, noting the beneficial use of polio assets during the pandemic and that a critical juncture had been reached:  decreasing funding by governments, partly as a result of the pandemic, risked all the hard won gains being lost.

The Committee also welcomed the roll-out of novel OPV2 but was concerned to hear of delays in outbreak response, in some cases as countries preferred to wait for novel OPV2.  Polio outbreaks should continue to be met with a suitable sense of urgency, and response time generally needed to be reduced.  The Committee requested the polio programme to continue to assist countries to mount an emergency response with whichever vaccine formulation was available.

The Committee also warned of the ongoing effects of COVID-19, particularly on routine immunization, and possible future disruptions of supply and delivery of vaccines.  COVID-19 is likely to continue to have negative effects on all health programs and systems for some time to come, so the polio programme must continue to adjust its response on an ongoing basis to get over the remaining hurdles.

Based on the current situation regarding WPV1 and cVDPV, and the reports provided by affected countries, the Director-General accepted the Committee’s assessment and on 10 August 2021 determined that the situation relating to poliovirus continues to constitute a PHEIC, with respect to WPV1 and cVDPV.  The Director-General endorsed the Committee’s recommendations for countries meeting the definition for ‘States infected with WPV1, cVDPV1 or cVDPV3 with potential risk for international spread’, ‘States infected with cVDPV2 with potential risk for international spread’ and for ‘States no longer infected by WPV1 or cVDPV, but which remain vulnerable to re-infection by WPV or cVDPV’ and extended the Temporary Recommendations under the IHR to reduce the risk of the international spread of poliovirus, effective 10 August 2021.