The US Supreme Court to weigh vaccine edicts

The US Supreme Court on Friday will review two challenges to the Biden administration's vaccine mandates for large private employers and healthcare workers, the first tests of the federal government's authority to issue such mandates. 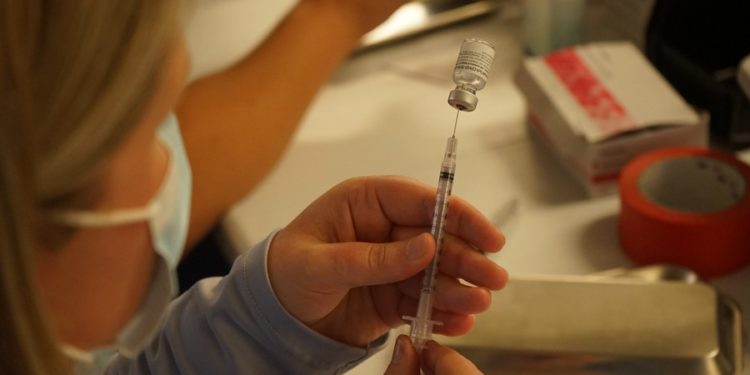 The cases come to the court during a record increase in coronavirus cases in the US and with more than 800,000 deaths attributed to COVID-19. The answer is also likely to decide the fate of the administration’s current vaccine policies that affect nearly 100 million workers.

The court will hear in-person arguments on emergency requests in two separate cases by challengers including business groups, religious entities and various Republican-led US states.

In both cases, the challengers argue that Biden and his administration have overstepped their authority by issuing requirements that were not specifically authorized by Congress. Both vaccine mandates are of sufficient economic and political significance to require a “clear statement” from Congress, according to the challengers.

“This isn’t really a case about emergency public health powers or even vaccination law, so much as it’s a case about how much flexibility do administrative agencies have to respond to a problem or a threat without waiting for specific authorization from Congress,” Lindsay Wiley, a health law professor at American University’s Washington School of Law, told CNN.

Some legal experts also suspect the healthcare-worker mandate can survive the Supreme Court review because the regulation covers just facilities that decide to accept patients covered by Medicaid and Medicare, Reuters reported.

“This is only a condition on participation in a federal program, not a direct regulation. Second, and pragmatically, the justices may hesitate before they enjoin a vaccine mandate for healthcare workers,” Sean Marotta, a lawyer representing the American Hospital Association, a trade group for healthcare providers that are not involved in the litigation, told Reuters.

One measure requires companies with 100 or more employees to implement a vaccination requirement or impose a masking and weekly testing regimen. The administration estimates it would cover two-thirds of the nation’s private workforce. The measure is set to take effect on Feb 9. Large businesses that refuse to comply with the mandate face penalties of nearly $14,000 per violation.

The second applies to a majority of the estimated 10.3 million Americans who work in healthcare facilities that receive money under the federal Medicaid and Medicare programs. At present, the mandate is blocked in about half of states following lower court rulings, but the Biden administration is preparing to begin implementing it this month in states where it is allowed to do so.

The Supreme Court already has rejected several challenges to vaccine mandates. Last month, the court turned away a challenge to New York state’s vaccine mandate for healthcare workers. The vote was 6-3.

The court also had previously approved vaccine mandates for smallpox and other illnesses. In a 1905 case, Jacobson v. Massachusetts, the justices maintained the state’s authority to require individuals to be vaccinated against smallpox.

“The liberty secured by the Constitution … does not import an absolute right in each person to be, at all times and in all circumstances, wholly freed from restraint,” Justice John Marshall Harlan wrote for the court.

In 1922, the court upheld the city of San Antonio’s power to require proof of vaccination to enroll in public school.

However, the US Court of Appeals for the 6th Circuit on Wednesday upheld a decision to temporarily block a vaccine mandate for federal contractors in Ohio, Tennessee and Kentucky.

“If the president can order medical interventions in the name of reducing absenteeism, what is the logical stopping point of that power?” the court asked in Wednesday’s opinion, the Federal News Network reported.