Equatorial Guinea: NAHSCO Get New Additions to its Leadership Team

In what was a great show of democratic processes, the then newly proposed leadership got a resounding 99% of the votes on the day 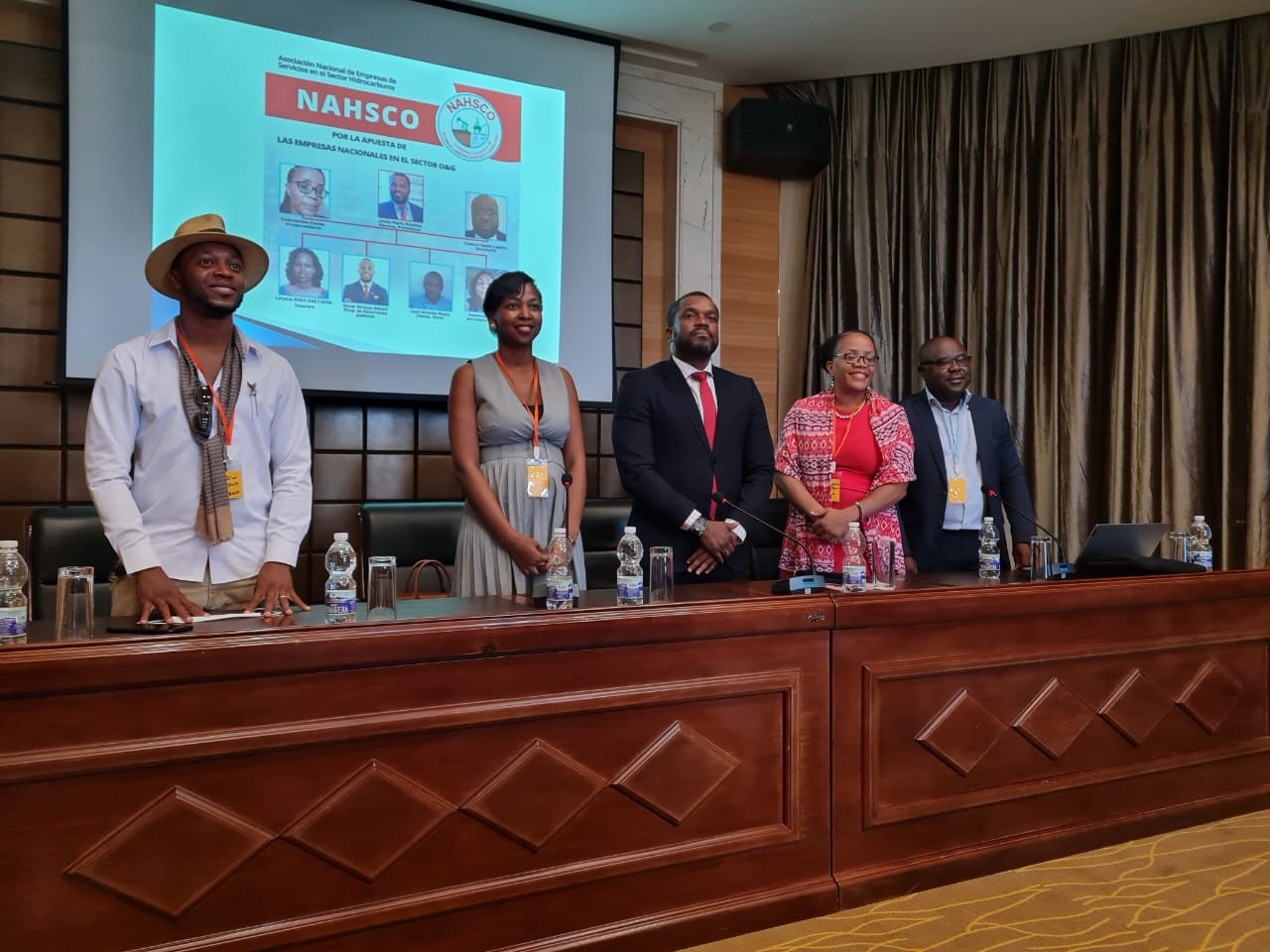 The National Alliance of Hydrocarbons Service Companies, NAHSCO, on Saturday, the 28th of May, 2022, at Hotel Anda China, Malabo, Equatorial Guinea, held an Extraordinary General Assembly, discussing critical matters arising with the election of a new leadership atop the agenda.

Having been led over the last two years, which is the statutory duration for the NAHSCO Presidency, by Jesus Maria Nvumba Mbomio, the calls for interested parties looking to contest the Presidency and other elective positions in the organisation was sent out to members weeks ahead of Saturday’s Extraordinary General Assembly. However, there was no candidacy put forward for the Presidency, signifying a resounding vote of confidence on the Jesus Maria leadership. In continuation of its electoral processes, Concepcion Esuba was also unopposed in her run for Vice President and Teodoro Ganet Lopato also had no opposition in the run for Secretary of the organisation.

There were new additions to the leadership structure of NAHSCO as Letycia Roku Gaetjens becomes the new Treasurer, Oscar Nchaso Bekari, Head of Communication and Public Relations, and Jose Antonio Momo Chema, Vocal, all make up part of the new NAHSCO leadership. Immaculada Bela, remains part of the team, taking on the role of Assistant Secretary.

In what was a great show of democratic processes, the then newly proposed leadership got a resounding 99% of the votes on the day. With the leadership team now officially confirmed and approved by NAHSCO members, one can say the work to begin this new phase of the organisation starts now.

During the Extraordinary General Assembly, the President, Jesus Maria Nvumba Mbomio, also gave a breakdown of the work and strides the organisation has made since inception and also disclosed its financial details in what was quite an interactive session with members present. The President also called on members to continue supporting the organisation as they seek to make it a great place for all, providing global standard practices in all they do. He also reiterated that the leadership is always open and willing to listen, and implement ideas from members as the organisation belongs to all.

On the call for inclusion, Teodoro Ganet Lopato, disclosed the need to have more women led companies join the organisation and also it’s plans to continue providing capacity building programs as it seeks to bridge the gender gap in the industry and also prepare more people for roles in the respective sectors.