ECOFIN Congress: “There are reasons for economic optimism in 2023” 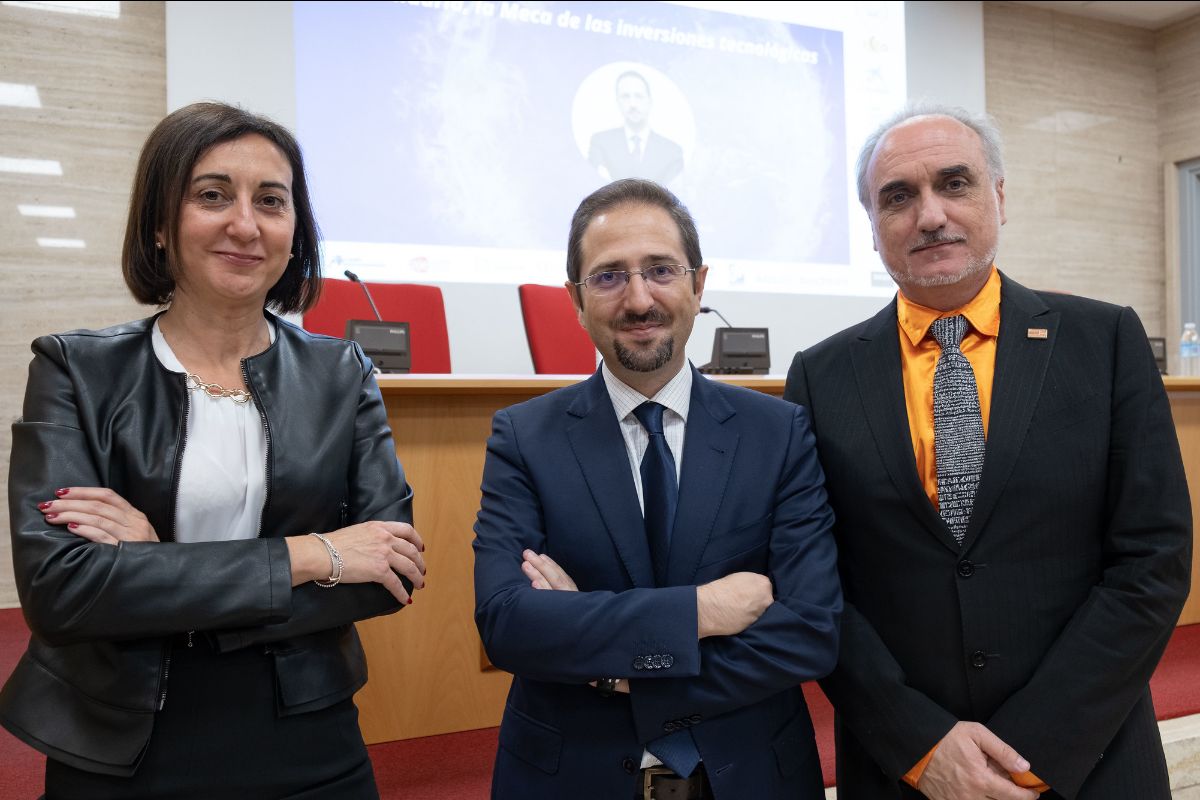 The XV ECOFIN Congress brought together a large number of attendees on October 20 in Madrid, mostly professionals, businessmen, entrepreneurs and managers of large companies, to explore the keys to the economic crisis and its chances of recovery in 2023. The meeting, opened by Salvador Molina, President of the ECOFIN Forum and the Madrid Capital FinTech cluster (MAD FinTech); María Ángeles Prieto, General Director of Economy of the Madrid City Council; and Ángel Ronda, CEO of the Punta Europa airline, paid special attention this year to the economic keys to help companies prepare for 2023 in which growth is needed to overcome the crisis caused by the pandemic and reduce the impact of inflation.

In this sense, José Carlos García de Quevedo, president of the Official Credit Institute (ICO), highlighted the role that this institution is playing in supporting companies in their growth, and announced a line of guarantees for the most affected by the increase in the cost of energy and raw materials derived from the Russian invasion in Ukraine, in a clear example of how public-private collaboration will contribute to unclogging the problems derived from the global economic situation. “We are a financial instrument of economic policy,” he stressed.

To put the economic reality in context, David Cano, CEO of AFI Inversiones Globales, joined the ECOFIN Congress for another year to draw the macroeconomic map. In this sense, I have highlighted that the world economy will grow by 2.2% in 2023 and the Spanish around 1.8%, for which I have called for optimism “because we continue to grow, despite everything”.

Regarding inflation, I have assured that it has already peaked and that in 2023 it will begin to fall to around 4%, which will reduce the impact on unemployment, which does not seem to grow, and will maintain interest rates. interest in line with the historical average. “It is not a spectacular macro picture, but the pessimism is not entirely justified,” Cano stressed.

Fear causes defaults
However, fear has settled in companies and families, as corroborated by Ignacio Jiménez, general director of Iberinform, of the Credit and Caution Group , when he highlighted that they had detected an increase in delinquencies with their business analytics platforms, which companies serve to reduce delinquency thanks to access to extremely detailed data about their customers.

Part of this fear comes from the complex international situation that has been generated in 2022 due to the Russian invasion of Ukraine, as Colonel Pedro Baños explained in his traditional speech at the ECOFIN Congress: “Although no one knows how and when the war in Ukraine will end, what is clear is that no one is willing for it to end badly, neither China, nor the West… nor Russia”. As Salvador Molina reaffirmed: “It is more a question of wear and tear and a laboratory for the analysis of technologies, strategies, economic and electronic warfare.” Digitization to lead Like every year, the ECOFIN Congress focused on digitization as a lever for growth, with several panels focused, on the one hand, on explaining the latest developments in the sector -such as the Metaverse, which was the subject of explanation and discussion with

In this sense, a panel dealt with cybersecurity at the hands of Tonino Flores, head of the business fraud group in the Cybercrime Unit of the Spanish National Police; Silvia Barrera , police inspector and cybercrime expert from the C1b3rwall Project of the National Police School; Oscar Rosa , detective, professor, and podcaster of True Detective Stories; and Carmen M. Garcia, president of the Spanish Observatory of Digital Gender Violence (OEVIGED+) and of the Woman’s Week Foundation, who showed examples of digital fraud in which it is easy to fall, but also provided the necessary tools to learn to distinguish them in order to avoid them . The speakers highlighted a devastating figure: 60% of cyberattacks involve the closure of the affected company or its conversion into a zombie company unable to recover.

Despite this, digitization is not slowing down, and Spain plays an essential role in these processes because it has managed to become a pole of attraction for investment. This was explained by Marlon Molina, director of Computer World University (IDG) and advisor to the OAS, who participated in a panel together with Raúl García, IBM Public Cloud Sales Manager Spain, Portugal, Greece & Israel at IBM, and Alberto Céniz, Manager Google Enterprise Accounts, where it was made clear that “the Data revolution is betting on Spain”.

“International investors bet on Spain and Madrid, because 7 out of every 10 euros that are invested in Spain are invested in Madrid”, recalled Manuel Llamas, Deputy Minister of Economy of the Community of Madrid, and highlighted the role that Madrid will play in this revolution, by becoming the region with the largest number of data centers in Spain, and which will make the Community the “engine of the digital economy in Spain and the hub of Southern Europe”, I have added.

Llamas praised the role of the regional administration in supporting entrepreneurship and digitization, and highlighted that Madrid is “a benchmark in the field of investment”, which has allowed seven out of every ten euros of foreign investment in Spain to land in the region. “If Madrid is doing well, Spain is doing well,” he pointed out.

FinTech Afternoon
Faithful to the impetus they have given the FinTech sector since 2014, Foro ECOFIN and the MAD FinTech cluster also organized a new edition of ‘La Tarde de las FinTech’, which dedicates the afternoon session of the ECOFIN Congress to highlighting the main advances in the fintech sector. hand of its protagonists.

In a panel, Rubén Merino, Head of Open Platform at Imagin , explained how CaixaBank’s neobank is the first entity in the sector to open a virtual office in the Decentraland metaverse, where they have replicated the innovative headquarters-cafeteria they have physically in Barcelona. “The metaverse is one of Imagin’s key strategies in 2023,” he said.

In a second panel, managers from many other FinTechs discussed the progress of a sector that is already beginning to hybridize with the traditional financial sector. Almost everyone agreed on the push for so-called ‘super-apps’, applications for mobile devices that integrate different services in the same place. “The public is beginning to see the meaning of super-apps,” explained Eduardo Pérez Toribio, Head of Lending and Head of Branch at Revolut. “The world is going to be one of super-apps”, corroborated Grégoire de Lestapis, CEO of October Spain, in part because, as Javier Castrillo, Founding Partner and Member of the Board of Starpay commented, “FinTechs are more user-based and user-centric”, which allows for levels of customization not offered by traditional entities.

Although the speed with which the digital world is advancing does not allow stopping to recreate success, as stressed by Xavier Capellades, CEO of Nomo , when highlighting that “one of the challenges of digital banking is to offer something different from the traditional one”, which requires staying up-to-date on all advances in technology and consumer trends. And that requires continuing to work to make consumers see the benefits that FinTech can bring.

“Our subject is that the open banking world be recognized,” he acknowledged Enrique Álvarez, CEO of Arcopay. A task to which both the ECOFIN Forum and the MAD FinTech cluster contribute when a company wants to open a market in Spain and Europe, as is happening with Lea Bank, an entity of Norwegian origin that had the participation of Diego Azorín, Head of Spain of this company recently arrived in the country, who said that the strength of FinTech is that “they attack something very specific and improve that experience.”

Digital insurance
In another panel, a review was made of the change that the insurance sector is undergoing through digitalization. If in the morning Susana Brasero, head of the Legal Department of Iris Global, a Grupo Santalucía company, highlighted the future of Legal Operations. In the afternoon it was Sergio Real, general director of the company’s Insurance Area, who stressed that this digitization should be aimed at personalization because “it is the future” of the sector. “The client increasingly values ​​​​the service more than the insurance guarantee”, said Cristina Llorens, director of Strategic Businesses of the Insurance Development Institute, who also invited the sector to be increasingly “digital, fast and transparent” to respond to the challenge .

This agility, as highlighted by Antonio García-Lozano, CEO of Insurama, It is also important internally. In fact, I have considered that it is “fundamental in the integration with the partners you have”, given that insurers no longer work alone as before and now collaborate with multiple providers. In this sense, Iker Arriandiaga, responsible for Customer Integration, Innovation and Value Added Services such as ERP with Credit and Caution customers, highlighted the work that the company is doing to facilitate integration and be able to start working as soon as possible.

And it is that, as highlighted by Giorgio Semenzato, CEO and co-founder of Finizens, “what is going to prevail is efficiency and comfort”, whether in insurance or investment, a topic of great interest for companies and families who want to avoid inflation, which Semenzato described as a “hidden commission” for unemployed savings.

When talking about options to avoid it, Álvaro Luna, founder of Housers, highlighted the strength of the real estate sector for being tangible and known to savers, who thanks to its platform can participate in it with investments that start at just 100 euros. Housers’ contribution of value is to provide a mortgage guarantee to the investors of its platform.

Top Ten FinTech 2022
Before closing the XV ECOFIN Congress, Salvador Molina and Allison Castillo, manager of the MAD FinTech cluster, announced the selective TopTen FinTech 2022, which each year names the ECOFIN Forum to make the FinTech companies with the greatest projection visible. 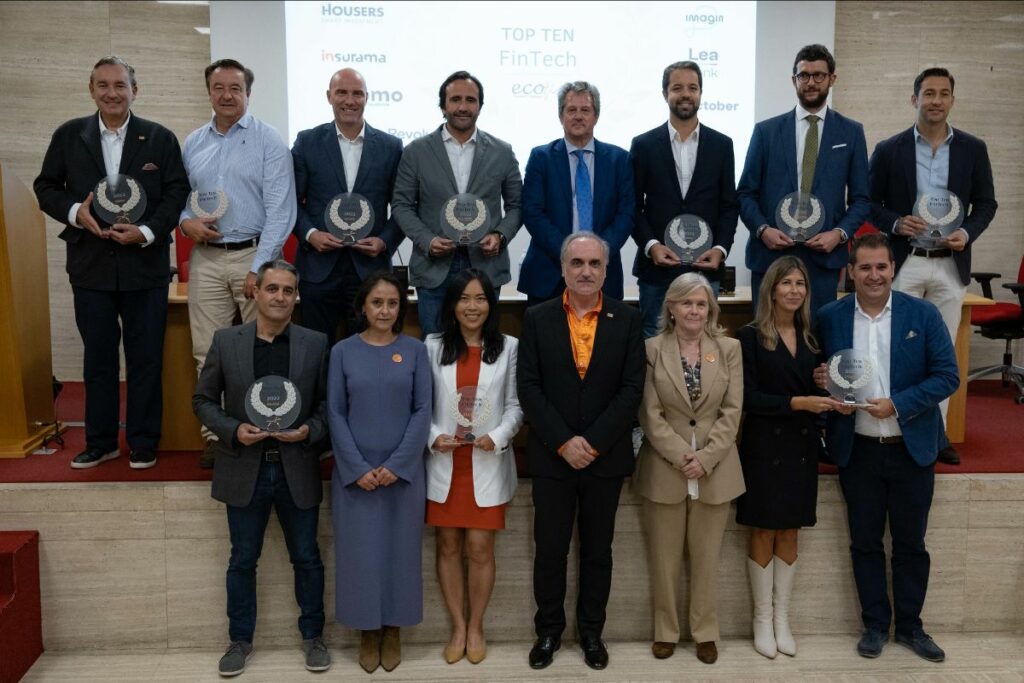 Guillermo Jiménez, CEO of AXIS (ICO), delivered on behalf of the president of the ICO the trophies accrediting belonging to the selective TopTen FinTech 2022, which this year received: Arcopay, Finizens, Housers, Insurama, Imagin, Lea Bank, Nomo, October, Revolut and Starpay, for contributing with disruptive and stable proposals already on the market to promote the digital transformation of finance and the insurance sector.