To deploy the Super Tucano aircraft in the North-West and North-Central after the Federal Government officially designated bandits in the regions as terrorists. 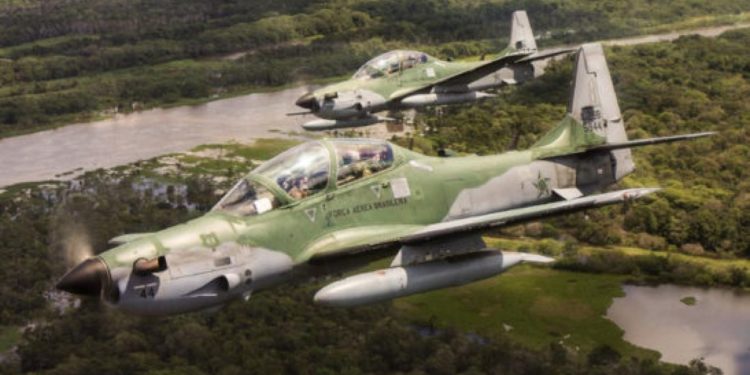 As the Nigerian air force Prepares deploy the Super Tucano aircraft in the North-West and North-Central after the Federal Government officially designated bandits in the regions as terrorists –some international bodies and the United states have raised concerns over the sometimes inaccuracy the Nigerian Air Force have incurred over its missions in the past 7 years, which has resulted to massive civilian casualties.

On 17 January 2017, a Nigerian Air Force jet mistakenly bombed an IDP camp near the Cameroonian border in Rann, Borno State killing at least 115 people including six aid workers while more than 100 others were injured.

On April 09, 2020, a military air strike on Shokotoko village in Damboa LGA, Borno State resulted in numerous civilian casualties. On September 17, 2021 no fewer than nine people were killed and 23 others injured in an air strike at the Buhari village in Yobe.

On November 12, 2021 air strikes launched by a Nigerian military fighter jet at Fulani herdsmen settlements in the Takum Local Government Area of Taraba State, reportedly killed about 1,500 cows belonging to the herdsmen.

The United States has warned Nigeria that the use of the fighter Jet code name ‘Super Tucano’ must comply with international norms as articulated in the United Nations Charter.

The US gave the warning on Thursday as the Nigerian military was set to deploy the Super Tucano aircraft in the North-West and North-Central after the Federal Government officially designated bandits in the regions as terrorists.

But the US while advising Nigeria said the Federal Government should not deploy the aircraft in operations that encroach on traditional law enforcement role which is under police authority.

Responding to inquiries from the local press Acting Director, Defence Information, Air Commodore Wap Maigida, allayed fear of civilian casualties during the deployment of the fighter jets against bandits in the forests.