Scientists say the sun has entered a new 25-year cycle and will enter a period marked by more sunspots and eruptions. 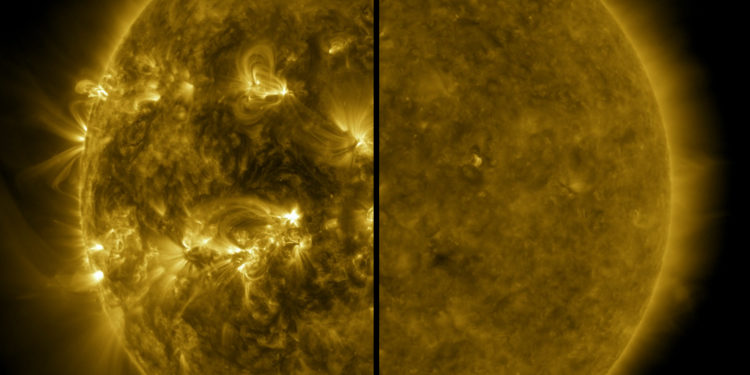 Experts from Germany’s Max Planck Institute for Solar System Research made the announcement in a statement in Bremen on Wednesday.

The sun’s activity has been ramping up over the past nine months as it moves out of a minimum period of activity, experts said.

The sun alternates between 11-year periods of higher and lower activity, the scientists said, and the star passed its lowest point of activity in December 2019.

However, the next 25-year solar cycle is likely to be “just as tame” as the previous cycle, the institute predicted, with the most active period expected between November 2024 and March 2026.

What happens on the surface of the sun also affects the Earth.

In the worst case, solar storms cause technical systems, such as satellites, to fail. Astronauts can also be harmed.

The new solar cycle is the 25th since reliable solar observations began.

For the past 30 years, the U.S. space agency NASA and the ocean and atmosphere agency NOAA have had a group of experts forecast solar activity for the coming years.