As is tradition, the tournament will kick off with the host country in action against South Americans, Ecuador today. 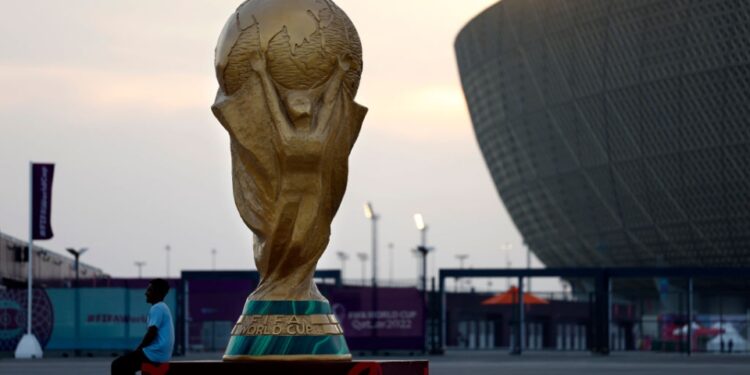 The World Cup kicks off in Qatar on Sunday in a high-stakes event for the hosts which has faced a barrage of criticism including over human rights as it stakes its reputation on delivering a smooth tournament.

England and Wales will come up against USA, Iran and each other in the group stage, while Spain and Germany will face off with a number of mouth-watering ties awaiting this winter.

It is the first World Cup held during winter in the Northern Hemisphere, and there has been just a week’s break from the European season stopping short and the tournament beginning.

Qatar, in the Middle East, is about the size of Yorkshire and has a population of 2.8million.

There are eight stadiums hosting the tournament, which is the fewest ever, and all are in a 35-mile radius of the capital city, Doha.

Out of the 32 countries taking part, only eight have previously won the World Cup. Brazil have won it the most times, five, while reigning champions France will be hoping to defend their crown.

As is tradition, the tournament will kick off with the host country in action against South Americans, Ecuador today.

For the first time at a World Cup, semi-automated, state-of-the-art technology will be used to speed up the time taken to reach offside decisions.