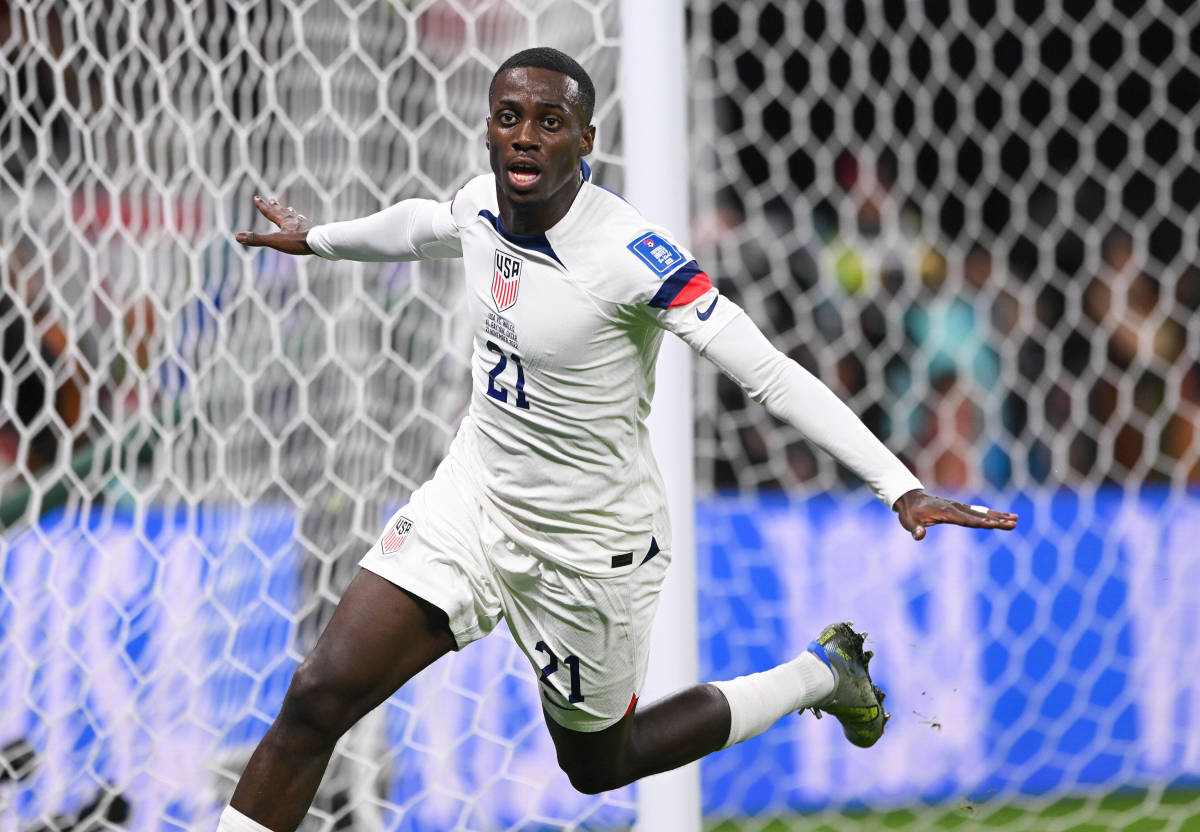 Timothy Weah hit the headlines all over after scoring in the United States´ opening match at the World Cup in Qatar.

The son of Liberia´s President, his presence on the US team and his goal for his side against Wales got Liberians commenting on social media referencing his father’s home roots of the football-loving south-eastern Kru ethnic group of Liberia.

“The first Kru man to play and score in the World Cup! Tim Tarpeh Weah,” exclaimed Winston Monboe, a former stringer for Voice of America who is himself Kru.

Abraham Darius Dillion, an outspoken opposition senator from the Liberty Party, said on a morning radio programme on Tuesday that this is one time where the phrase, “Like father, like son”, can apply. “I give this one to George Weah.”

Lewis Konoe who works for the government’s fishing agency says he was among “millions in the world that shouted so loudly when he [Weah] scored… Liberia is proud and the world is watching.

But others feel the performance of the Liberian-American soccer player does not add anything to Liberia as a country where the cost of living is currently extremely high.

Charles Roberts said sarcastically that President Weah is likely to include his son’s goal “as an achievement in his state of the nation [address] next year”.

The president has himself been roundly criticized for leaving Liberia for at least three weeks of activities overseas, including watching his son play in Qatar.

He’s away at a time of a rice crisis and low morale in work places due to delays in salary payments.

But the president’s communication team traveling with him has always rebutted this criticism, saying his stay away has gained “a lot of dividends” for the country.