Noting the rising instability and uncertainties in the current international situation, Yang said that the spread of COVID-19 has made it increasingly clear that humanity shares common destiny. 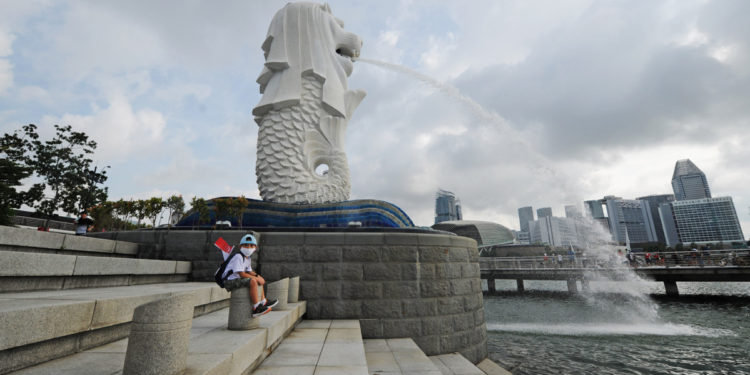 SINGAPORE – Singaporean Prime Minister Lee Hsien Loong met with Yang Jiechi, a member of the Political Bureau of the Communist Party of China (CPC) Central Committee, here at the Istana on Thursday.

Yang, also director of the Office of the Foreign Affairs Commission of the CPC Central Committee, said at the meeting that China is willing to join hands with Singapore and other member states of the Association of Southeast Asian Nations (ASEAN) to promote regional as well as global peace, stability, development and prosperity.

China is also willing to work together with Singapore and other ASEAN countries to deepen strategic mutual trust and pragmatic cooperation and to make concerted efforts with them to safeguard economic globalization and fairness and justice in the international arena, Yang added.

In the face of the epidemic, China and Singapore have been helping each other and keeping the industrial and supply chains stable and smooth, the senior Chinese diplomat said, pointing the various bright spots in the joint anti-COVID-19 efforts between the two countries.

As this year marks the 30th anniversary of the establishment of diplomatic ties between China and Singapore, the China-Singapore relations are at a new historic starting point, Yang said.

China stands ready to work with Singapore to strengthen what they have achieved in the fight against the COVID-19, further promote the high-quality joint development of the Belt and Road and build the New International Land-Sea Trade Corridor, a joint project of western Chinese provincial regions and Singapore under the government-to-government framework of the China-Singapore (Chongqing) Demonstration Initiative on Strategic Connectivity.

Lee Hsien Loong, for his part, emphasized that the COVID-19 pandemic requires more than ever that countries work together and communicate with each other rationally.

The achievements the two countries have scored in their relations are beyond the imagination when the ties were forged 30 years ago.

Lee added that Singapore would take good use of the existing bilateral cooperation mechanism with China to push forward the ASEAN-China relationship and jointly spur the regional and global economic recovery.