Unlike Italy and Spain, Germany never banned car production, though factories came to a standstill after authorities restricted the movement of people and ordered the closure of car dealerships. 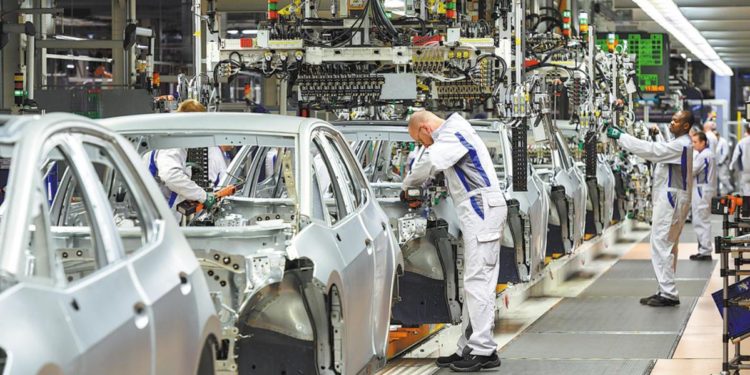 Employees work at a production line for the electric Volkswagen models in Zwickau, Germany.

FRANKFURT－German carmakers including Volkswagen and Mercedes-Benz will restart production at some German factories this week after the country eased restrictions designed to contain the coronavirus outbreak.

Chancellor Angela Merkel on Wednesday said that Germany has achieved a “fragile intermediate success” in its the fight against the coronavirus and that its emergence from lockdown would begin with the partial reopening of shops next week and schools starting May 4.

Volkswagen said it will start producing cars for its core brand in Zwickau, Germany, and in Bratislava, Slovakia, on April 20.

Plants in Russia, Spain, Portugal and the United States will ramp up production from April 27 onwards. Plants in South Africa, Argentina, Brazil and Mexico will reopen in May.

“With the decisions by the federal and state governments in Germany and the loosening of restrictions in other European states, conditions have been established for the gradual resumption of production,” Ralf Brandstaetter, chief operating officer of the Volkswagen brand, said in a statement. The carmaker has retooled production to ensure that workers remain 1.5 metres apart while on the job. Other measures include the staggering of shifts and lunch breaks, plus steps to change worker interaction in VW’s supply chain.

“In the light of the pandemic, we need to adapt our routines. One answer is our new agreement on health protection,” said Bernd Osterloh, chairman of the company’s Works Council. “With about 100 measures, we are keeping the risk of infection at Volkswagen as low as possible.” In China, where Volkswagen has already implemented health measures, 32 of the 33 plants have resumed production and no coronavirus infections among employees have been reported.

Production will initially start in a one-shift system, Daimler said, with plants in Sindelfingen and Bremen also preparing to ramp up production. German peer BMW said it had no information about the timetable for resuming production. The Munich-based manufacturer has suspended production until end of April.