The session will last until Dec 17, with more than 2,000 participants from governments, regional and intergovernmental organizations, civil society, academia, and the private sector taking part virtually and in-person. 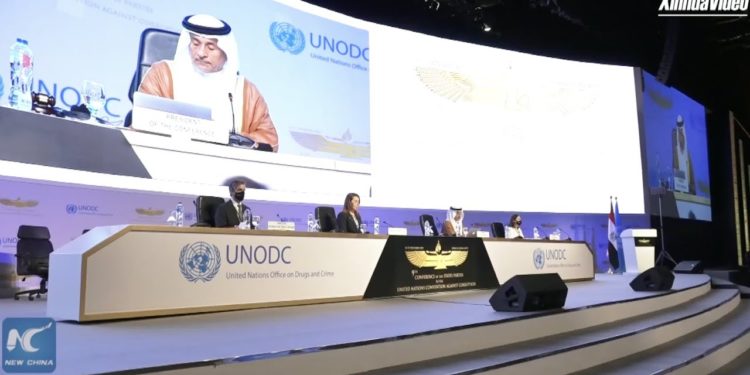 SHARM EL-SHEIKH, Egypt – The ninth session of the Conference of the States Parties (CoSP9) to the UN Convention against Corruption kicked off on Monday in Egypt’s resort city of Sharm El-Sheikh.

The conference is an important opportunity to take international steps for combating corruption that has become a challenge for some societies and has been maximized during the spread of the pandemic, Guterres added.

He called for expanding the resources protection measures in countries to prevent corruption and maintain sustainable development of societies.

“The CoSP9 taking place in Egypt will translate the commitments made by the member states during the first-ever UN General Assembly Special Session against corruption into concrete action,” said Ghada Waly, Executive Director of the UN Office on Drugs and Crime, also Egypt’s former minister of solidarity.

The world is in dire need of promoting integrity and accountability to recover from the COVID-19 crisis, she added.

“To truly overcome endemic corruption, we need to aim for a fundamental change in mindsets, one which rejects corruption at every level,” she added.

Meanwhile, Egypt’s Prime Minister Mostafa Madbouly described the conference as “the most important platform for exchanging expertise and anti-corruption practices.”

Egypt adopts policies of improving living conditions and digitalization as two means for combating corruption that constitutes an obstacle before achieving sustainable development and improving the quality of life, he added, noting that corruption also raises rates of poverty and weakens confidence in public institutions and human rights.