President Donald Trump announced Thursday that he has taken his second coronavirus test at the White House since the outbreak began and it was again found to be negative. 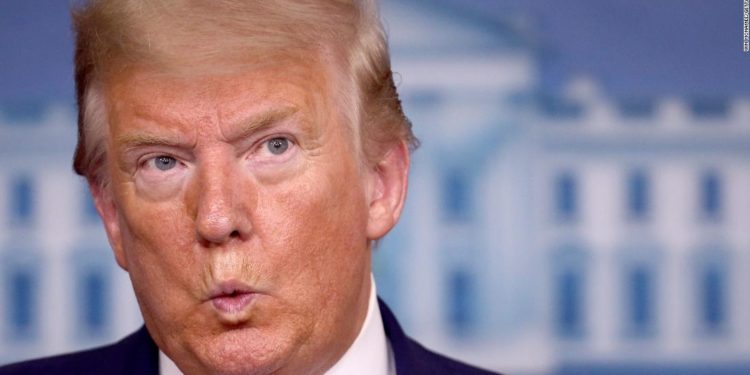 “I just took it this morning,” he told a news conference. “It said the president tested negative for COVID-19.”

This was Trump’s second test. This time he used a new rapid method that he said took a minute to complete and barely 15 minutes to return a result.

“I took it out of curiosity to see how quickly it worked. It is a lot easier. I have done them both. The second one is much more pleasant,” Trump said.

Trump, 73, had previously resisted getting tested, as well as arguing initially that coronavirus is no worse than the regular flu and did not require a massive shutdown of the economy.

Since then, Trump has declared himself a “wartime president” and is overseeing a massive ramping up of testing capabilities.

Trump’s first test was taken after he came into contact with several members of a Brazilian presidential delegation visiting his Florida resort who later tested positive for the virus.