The campus, located in Kigali Innovation City, is part of the ambition set out by Ghana-born, Stanford Business School-educated entrepreneur Fred Swaniker who created ALU in 2015 to train Africa’s future leaders. 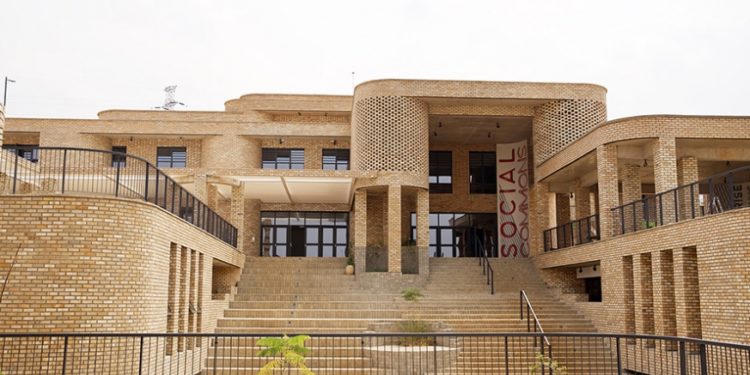 Students at the African Leadership University (ALU) will be welcomed in a whole new experience when schools reopen this year, as the University will officially inaugurate its modern campus worth $15 million (approximately Rwf14 billion).

The sprawling campus is on the edge of the Kigali Special Economic Zone in what the government has reimagined as a technology city that will drive Rwanda to become a knowledge based economy.

At the Kigali Innovation City where the campus is located, another globally renowned university, Carnegie Mellon University-Africa (CMU-Africa), has already established its campus there.

The University of Rwanda has similarly kicked off the development of its much-anticipated biotechnology centre in the same area. African Institute for Mathematical Sciences (AIMS) plans to do the same.

ALU’s new campus will become a permanent home to students from across Africa, who every year, ascend to Rwanda to pursue their studies, and will enable founders achieve their goal of creating future leaders.

“Moving to Kigali Innovation City allows us to really grow and scale up our operations,” Gaidi Faraj, the University’s Dean, says. “We have more than three times the amount of space we held in our previous campus in Kigali Heights.”

The multi-million-dollar facility lies on 6,500 square metres, and is spread out in three different buildings which house the Learning Commons, the Enterprise Commons, and the Social Commons.

The Learning Commons has 21 learning labs, 76 meeting pods, and administration offices. It also has a leadership centre where students can organize short events or showcases such as art galleries.

The Enterprise Commons is where most of the technical work will be done, including the computer laboratory, and the fabrication laboratory where students can test and prototype their hardware solutions.

The Social Commons, on the other hand, comprises a food court, and enough space to accommodate internal and external stalls, key to facilitating students who already run projects such as fashion, hospitality and tourism.

“It (having a new campus) is going to be nice because you will have enough space to meditate about your studies, and your personal life,” Pamela Kebuya, an entrepreneurship student at ALU says.

Kebuya is a female student from Cameron, who already runs a fashion business which she initiated with her college colleague at the University. “A venture owner like me will have enough space to showcase my products,” she notes.

That’s exactly what the University trains students to do: Prepare them to go out there and build new solutions, test them, fail and learn from those failures.

Faraj notes that the previous location was great for them to get started, but they didn’t own that space so they were limited in some of the ways their students could expand their learning horizons.

“Seeing this new campus for me is seeing ALU’s commitment to actually building the future leaders of Africa, and that they are here for the long term,” he notes.

When Swaniker opened the University in 2015, he not only pledged to build 25 more like it in Africa, he also promised to produce 3 million young African leaders over the next 50 years.

The first class of those leaders, made up 79 people hailing from more than 40 countries across the continent, graduated on June 12 last year.

He opened the Kigali Campus in 2017, which will be graduating its inaugural class in February next year with graduates coming from over 20 countries from across the African continent.

Students will graduate from the three programmes the school delivers – Entrepreneurship, Global Challenges, and International Business and Trade.

The new campus is seen as the right establishment to achieve those aims.

According to the Dean, the campus will allow the University to accommodate somewhere up to 600 students a year from the current 300 students accepted every year.

The campus design is aligned to ALU’s learning model. Every class is similar to the other in terms of size, and is embedded with technology that facilitates teaching and learning, as well as collaboration between students.

“This campus is really going to allow us to achieve our goals because it gives us space where students can take ownership, and really build a community in a culture where they can experiment, ideate, and problem solve,” Faraj explains.

The campus is built on the spacious land provided by the government, with 20 more hectares planned for the second and third phases of the campus as they grow the student population.

The leadership wants to grow the campus population to 4,000 students over the next five years, which demands increasing capacity and embarking on the development of the subsequent phases of the campus.