Kenya’s trade pact with UK will allow British firms to ship in goods duty-free for a period of 25 years. 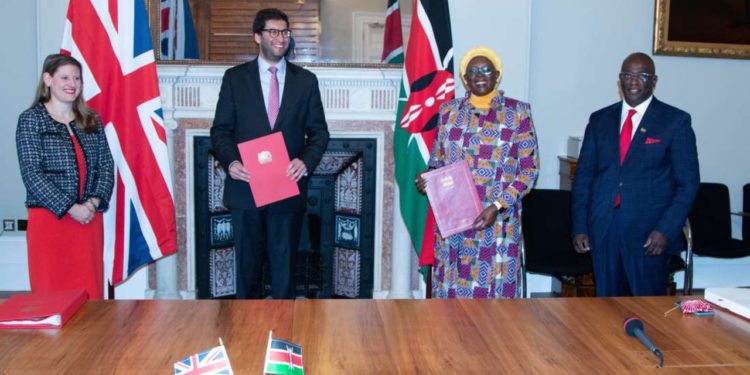 The post-Brexit trade deal with the Britain will, however, open the window for UK companies to flood the local market with finished and unfinished goods, excluding agricultural and industrial products, when the seven-year moratorium expires.

The Industrialisation, Trade and Enterprise Development ministry revealed details of the deal as it asked Parliament to ratify the Economic Partnership Agreement (EPA) signed between Kenya and the United Kingdom of Great Britain and Northern Ireland (UK).

“Kenya is offering to open 82.6 per cent value of total trade to the UK over an extended transition period (up to 25 years with a seven- year moratorium) constituting of mainly raw materials, capital goods, intermediate products and all other essential goods,” Cabinet Secretary Betty Maina explained in a memorandum accompanying the EPA, which was tabled in Parliament on December 22, for ratification.

The National Assembly’s Trade, Industry and Cooperatives committee last Thursday tabled its report on its consideration of the EPA, setting the stage for debate by the House.

Kenya and UK Parliaments need to ratify the deal before it takes effect although the House of Lords — Britain’s Upper House of Parliament — has backed a proposal by its International Agreements Committee for a 21-day extension of the initial February 10 deadline.

The delay proposal is also attributed to the fact that the UK government has not explained what other options it considered for ensuring continuity of trading arrangements with Kenya and why it chose not to replicate the EU’s Market Access Regulation (MAR) that guided economic partnerships between the two sides prior to Britain formally ditching Brussels in December 2020.