COVID-19: Africa mothers not giving up on exclusive breastfeeding during pandemic

This year's World Breastfeeding Week commemoration is taking place amid the COVID-19 pandemic, which has negatively impacted healthcare systems across the globe, especially in many African countries. 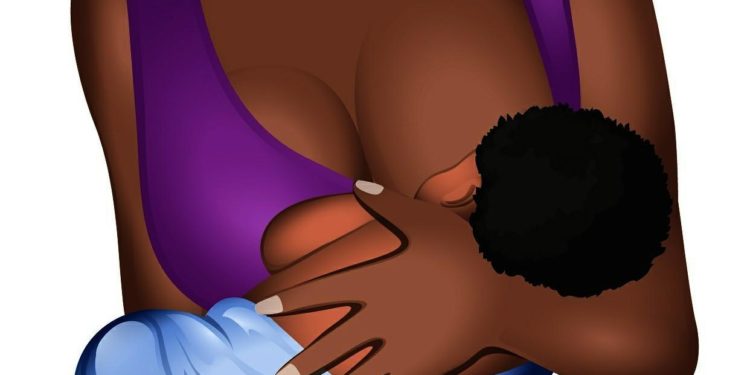 As the world marks this year’s World Breastfeeding Week, mothers across the African continent are benefitting from partnerships between UNICEF and African governments to ensure their children are breastfed well.

Ethren Lunghazo, the mother of five-month old twins living in Kenya’s capital, Nairobi, said she is grateful for the government’s bid to address breastfeeding by adopting several initiatives to promote exclusive breastfeeding during the first six months of a baby’s life.

“I was taught the importance to exclusively breastfeed my baby due to the numerous health benefits it has at the government clinic during my pregnancy. After the pandemic broke, I considered stopping breastfeeding because of the virus, lockdowns, social distancing and negative stories. However, I was advised not to stop during a visit to the clinic,” Lunghazo said.

The first-time mother added that since her twins were born, they have not fallen sick and she believes this is in great part due to the breastfeeding.

While marking the beginning of World Breastfeeding Week in Nairobi on Monday, Elizabeth Kimani, head of the Maternal and Child Wellbeing Unit at the African Population Health Research Center, said there are higher chances of morbidity if a child is not exclusively breastfed for the first six months.

“There is also the risk of obesity, as the substitute has been found to have ingredients that increase fat. There are also problems with asthma and getting diseases such as eczema, so breast milk is protective of such kinds of things,” Kimani said.

In South Africa Mmamoloko Kubayi, the minister of health, on Monday led a virtual commemoration calling on all family members, including fathers, to create a conducive environment for breastfeeding.

This year’s World Breastfeeding Week commemoration is taking place amid the COVID-19 pandemic, which has negatively impacted healthcare systems across the globe, especially in many African countries.

“This commemoration aims to recognize the importance and benefits of breastfeeding for both the mother and baby’s growth and to deepen knowledge within the communities and families to support breastfeeding mothers,” Kubayi said.

On Monday, UNICEF released a joint statement by Executive Director Henrietta Fore and WHO Director-General Tedros Adhanom Ghebreyesus, saying breastfeeding is crucial as it offers a powerful line of defense against all forms of child malnutrition and also acts as babies’ first vaccine, protecting them against many common childhood illnesses.