Residents of Kano have continued to live in anxiety about the strange ailment killing many people, including prominent indigenes, in the city almost on a daily basis. 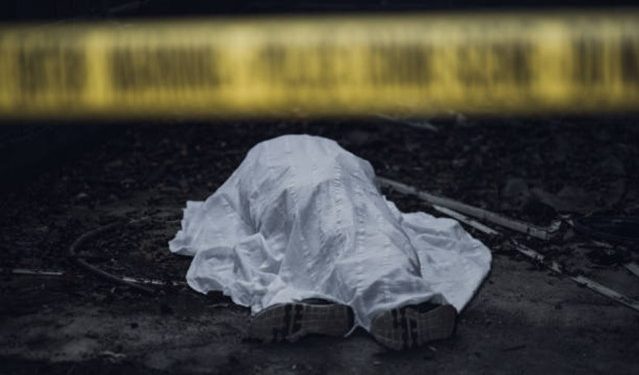 The Kano State government has ordered an investigation to ascertain whether or not the cause of the deaths is connected to the ravaging coronavirus.

Also, the Peoples Democratic Party (PDP) has called for an investigation into the disturbing deaths in Kano, urging a presidential visit to the state “where no fewer than 640 citizens have reportedly died under mysterious circumstances in the last one week.”

The party said its call was predicated on conflicting reports emanating from Kano State on the cause of the sudden deaths particularly at a time that the nation was battling with the spread of COVID-19.

The PDP noted, in a statement by its National Publicity Secretary, Kola Ologbondiyan, “with dismay that the Muhammadu Buhari presidency has failed to take any concrete step on this frightening development, but is, as usual, waiting to be prodded to stand up to the demand of the office and proceed to Kano State to identify with the people, find a solution and contain the ugly situation.”

It described as “lamentable the fact that President Buhari, who promised to lead from the front, and who recently took up the toga of ECOWAS COVID-19 response champion, had rather receded into the safety of Aso Villa and failed to promptly activate any concrete and visible action to investigate and arrest the situation in Kano, where Nigerians are dying in their hundreds.”

According to the opposition party, “the situation is yet another manifestation of leadership failure and insensitivity of the Buhari-led All Progressives Congress (APC) administration to the plight of Nigerians at critical moments.”

PDP said that the situation in Kano demanded an immediate presidential visit and investigation at a very high level.

“Those dying in Kano are Nigerians and must not be abandoned. The development deserves utmost presidential attention to avoid further escalation,” it said.

PDP said Buhari’s intervention was imperative as it became evident that Governor Abdullahi Ganduje and his APC-led administration in Kano State had become overwhelmed after failing to take appropriate measures to combat the spread of the coronavirus or whatever medical situation that has taken over the state.

“When Ganduje was expected to ensure compliance to preventive measures, he rather chose to abandon governance and spent executive time pursuing controversial extraneous issues that have no direct benefits on the lives of the people,” the statement added.

Meanwhile, there was panic at Aminu Kano Teaching Hospital (AKTH) following the death of a patient suspected to be infected with coronavirus at the emergency unit of the hospital at the weekend.

The suspect, who was a banker, was referred to AKTH a few days ago from a private hospital for an ailment suspected to be typhoid. The patient, who was later detected to have contracted the ravaging coronavirus, died a few hours later at the hospital, disorienting the medical team that attended to the patient, The Guardian learnt.

Already, the management of the teaching hospital has suspended services at all speciality clinics, with the exception of the emergency unit, and directed all medical staff to treat all emergency patients as suspects.

A voice note of one Hajiya Salma Ahmed who claimed to be a mother-in-law to the deceased accused the Nigeria Centre of Disease Control (NCDC) and Kano State government of negligence leading to the death of her son-in-law.

In the audio message that went viral, Salma, who said she had earlier put a call to NCDC, Kano office to report the case for an urgent response, narrated how her son-in-law was taken to a private hospital and later moved to AKTH.

She said: “I have a problem with the Kano government and NCDC in Kano. My son-in-law had been sick since Monday. My daughter called me and told me it was a high fever and later typhoid. I asked her if she was sure it was a high fever because sometimes high fever could turn to this COVID-19, but she told me they had given him drugs and he was getting better on Tuesday.

“The following day, my daughter called me to say the husband could not talk again and I told them it could be a case of COVID-19 and they should rush him to the hospital. They told me they had been calling the NCDC but all the phone lines were not going and another phone line somebody gave was ringing but nobody picked the call.

“So I decided to call the NCDC in Abuja and they promised to find out the situation and get back to me. They asked me where the person was and I told them he was admitted at one international hospital where they gave him oxygen. Later, another doctor came and asked them to take the man to AKTH that he was not responding to the oxygen. I knew it was an excuse to send him out of the place. At AKTH, they gave him oxygen again. At that point, I called the NCDC again to find out how far, they later told me the NCDC in Kano had been shut down. Nobody visited the man until my son-in-law died in agony. I am worried now because my daughter and children might also have the virus, we are calling on them to come and attend to us.”

When contacted, the spokesperson of AKTH, Hajia Hauwa Abdullahi, exonerated the hospital of any blame. Abdullahi who noted that Salma did not disclose the identity of her son-in-law, said the hospital had received all referral cases with almost professionalism.

Besides, positive cases of COVID-19 in Kano have risen as the NCDC at the weekend confirmed four new cases putting the total figure in the town at 77, with one death.

Five days after the NCDC shut down its COVID-19 test centre at Aminu Kano Teaching Hospital (AKTH) in Kano, it is not certain when the laboratory will reopen for operation.

It was not officially announced but The Guardian learnt that pathological tests at the centre were halted last Wednesday due to the acute shortage of reagents required. It was also learnt that the sudden suspension became necessary after some technicians at the lab tested positive for the deadly coronavirus.

But the management of the NCDC and AKTH debunked the claim, insisting that none of the lab officials tested positive for COVID-19.

An assistant director at the centre, Magaji Sadiq, said the suspension of COVID-19 test was to give room for routine fumigation.

However, the Minister of Health, Dr. Osagie Ehanire, during one of the daily briefings in Abuja, confirmed that some health workers actually contracted the virus.

A reliable source told The Guardian that no specific date was scheduled for the reopening of the lab for use.

Reacting to enquires, through text message, the Chief Medical Director, AKTH, Prof. Abdulrahman Sheshe, simply said: “The place is not under lock”.

The Coordinator of the COVID-19 task force in Kano, Dr. Tijani Hussain, disclosed that 44 samples of suspected cases had been sent to NCDC, Abuja test centre.

Briefing journalists on the update about COVID-19 in Kano, Hussain said about 489 samples had so far been tested, of which 73 proved positive.

The Vice-Chancellor, Bayero University, Kano, Professor Mohammad Yahuza Bello, lamented the poor state of clinical services at AKTH due to the shortage of basic amenities.

He said the COVID-19 pandemic had also threatened regular clinical services at AKTH due to the inability of the hospital to provide Personal Protective Equipment (PPE) to staff.