South Africa: One more death as cases rise to 2 028

The number of coronavirus cases in South Africa has risen by 25, with one more death confirmed. 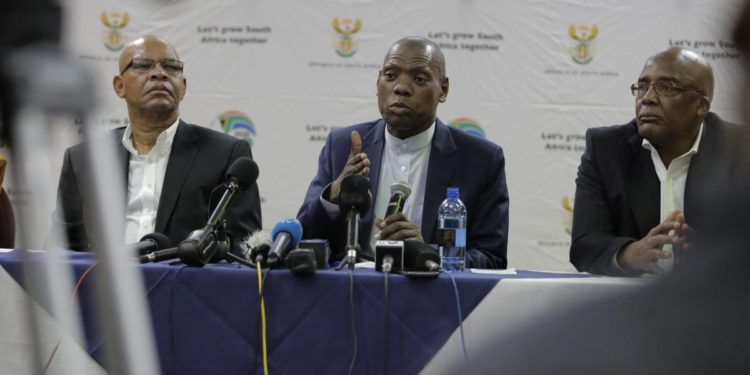 The number of infected persons in the country crossed the 2 000-mark on Good Friday, with six new deaths announced on the day – the most in a single day since the first case was confirmed over a month ago.

COVID-19 numbers and death toll as of Saturday, 11 April

According to Mkhize, one more person has since succumbed to complications linked to the novel coronavirus.

The deceased is a 61-year-old male from the Western Cape, who is said to have had underlying chronic conditions – diabetes, hypertension, and obesity.

Mkhize relayed his condolences to his family and thanked the healthcare workers for their efforts in treating him.

The man’s passing brings the Western Cape’s death toll to seven, remaining only second to KwaZulu-Natal with 12 deaths, while Gauteng and the Free State have three apiece.

With KZN registering almost twice as many deaths as the second-closest province, Mkhize revealed that an investigation has been launched after six people lost their lives to COVID-19 in the same hospital.

“KZN has a high death toll, more than six patients have died from one institution. We need to get into why this is so. We have now decided the hospital needs to be closed down and an investigation needs to be launched.”

The department of health says over 75 000 people have been tested nationwide since the outbreak of the pandemic.

“I think we need to appreciate all the hard work the health workers are doing during this time. A large number have been assisted and screened. Those displaying symptoms are being tested.”

Gauteng continues to be the epicentre of the virus in terms of confirmed cases in South Africa, with 813 infections.

The province is one of only three to have hit triple figures, alongside the Western Cape (546), with KZN not too far behind with 418 infection.

Closing in on 100 cases is the Free State, four short of triple digits, while the Eastern Cape reported one more case since the last update to move its tally to 69.