"The forum is a demonstration of how China's foreign policy approach has provided Africa with an opportunity to speak with one voice and improve diplomatic interactions among African nations." 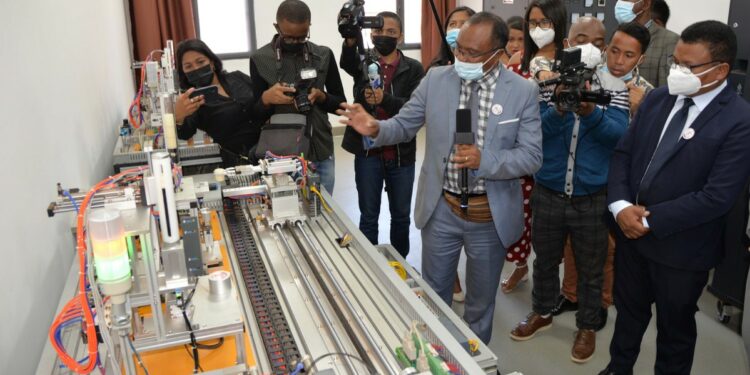 Africans have increasing faith that deeper connections with China will keep the benefits flowing from a partnership that contrasts sharply with the one-sided relationships many in the continent feel characterize interactions with Western countries, an African scholar said.

Lemmy Nyongesa, a senior associate fellow at the Africa Policy Institute in Nairobi, said that China’s enlightened foreign diplomacy has helped boost its international image, resulting in favorable opinions of the country among African nations. A considerable number of Africans feel that they are treated by Chinese as equals, and that resonates with people who had long felt exploited and unappreciated, Nyongesa said.

In its foreign policy dealings, China is guided by the principles of peaceful coexistence, respect for existing political systems and the right for countries to follow their own path of development in line with their own national conditions, Nyongesa said.

Nyongesa’s interpretation of China’s foreign policy dovetails with the approach outlined at the recently concluded two sessions in Beijing, with the annual meetings of the country’s top legislative and political advisory bodies.

Delivering the Government Work Report at the opening of the fifth session of the 13th National People’s Congress on March 5, Premier Li Keqiang said China will continue to adhere to an independent foreign policy of peace, and a path of peaceful development, to promote the establishment of a community with a shared future for mankind.

Nyongesa said that this foreign policy principle has ensured that relations between China and Africa are not rigid and remain in constant evolution, as both sides transform socially, politically and economically. “The sharing of ideas and resources between China and Africa has enhanced friendlier relations between the peoples of the two regions. Capital goods and technologies associated with programs like the Belt and Road Initiative have kept the image of China alive in Africa,” Nyongesa said.

He said China’s foreign policy approach stands apart from the legacy of Western imperialism that has tainted the image of other external actors in the continent.

Through cooperative diplomacy, China stresses the value of win-win engagements, he said.

China has adopted an approach based on the idea of co-development by addressing Africa’s need for infrastructure, capital, and technology “while it makes use of natural resources and gains access to the African market for its products”, Nyongesa said.

However, he said African countries need to position themselves strategically and respond positively to China’s overtures if they are to gain from this symbiotic relationship. “It is up to African governments to learn from China’s poverty eradication policies to systematically reduce the number of people living under the poverty line,” Nyongesa said.

Another aspect of China’s foreign policy that Nyongesa believes is tailor-made for Africa, and should be taken full advantage of, is the Forum on China-Africa Cooperation, a multilateral framework for articulating the common interests of China and African nations.

“Since its establishment, the forum has played an important role in the implementation of China’s objectives by providing a space for collective dialogue and consultation through a South-South cooperation mechanism,” Nyongesa said.

“The forum is a demonstration of how China’s foreign policy approach has provided Africa with an opportunity to speak with one voice and improve diplomatic interactions among African nations.”

China has been supporting Africa’s development for decades, with fruitful results. Among the infrastructure projects China has built in the continent are more than 10,000 kilometers of railways, nearly 100,000 km of roads, almost 100 ports and numerous hospitals and schools, Chinese State Councilor and Foreign Minister Wang Yi said at a news conference on March 7 during the two sessions.

Since China’s peaceful engagement with Africa contrasts sharply with the historical Western approach that brought slavery, colonialism, neocolonialism and outright interference in Africa’s cultural and religious matters, Nyongesa believes that the future is bright for both sides.