US warns of famine: Africa and the Middle East are likely to be affected

According to the UN World Food Program, even before the crisis in Ukraine, around 13 million people in the Horn of Africa suffered from hunger. 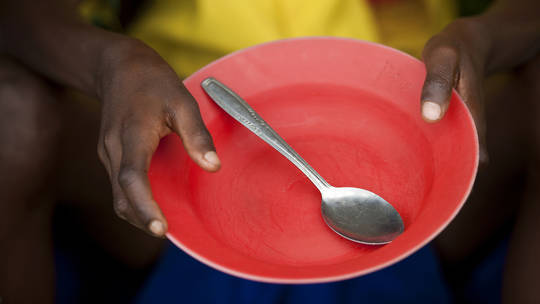 The situation surrounding Ukraine could lead to famine in Africa and the Middle East, Cecilia Rouse, the chair of US President Joe Biden’s Council of Economic Advisers, told CNBC on Friday.

Rouse said that Russia and Ukraine are generally considered the bread basket for many parts of the world, as they are major producers of wheat, soybeans, and other agricultural commodities. And given the state of war and the sanctions placed on Russia, planting and exporting these key crops may become difficult, if not impossible, while higher energy costs and fertilizer prices add fuel to the fire.

READ MORE: China is looking forward to working closely with Kenya to realize stability in the Horn of Africa

“This is a big concern… We’re working with our international aid agencies to ensure there’s some humanitarian aid because we are concerned, particularly in the Middle East, parts of Africa and the Far East… about famines and shortages in those parts of the world,” Rouse stated.

Russia’s military operation in Ukraine and the sanctions placed on Moscow in retaliation have already propelled food prices globally, just as the market started to recover after two years of disruptions related to the Covid-19 pandemic. The situation is particularly dire in East Africa, as the World Trade Organization recently warned, with Russia and Ukraine traditionally responsible for roughly 90% of crops imported to the region.

According to the UN World Food Program, even before the crisis in Ukraine, around 13 million people in the Horn of Africa suffered from hunger. Moreover, according to the agency, the situation could become even more troublesome due to a drought that affected crops and killed livestock in Kenya, Somalia, and Ethiopia.