The 27-year-old forward will now remain with the Spanish giants until the end of the 2023-24 campaign. 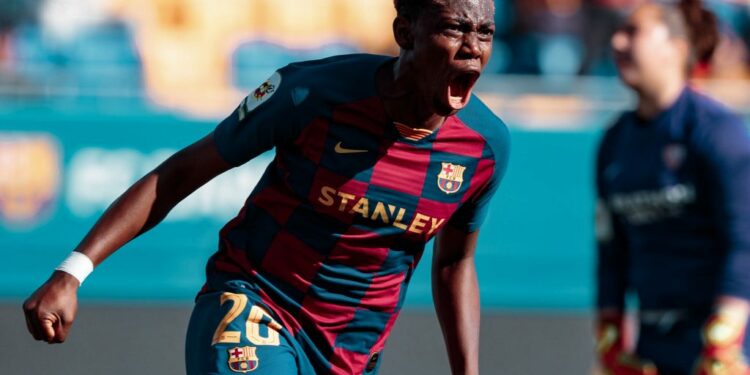 The 27-year-old forward will now remain with the Spanish giants until the end of the 2023-24 campaign.

Oshoala has scored 80 goals in 101 appearances for Barca since joining in January 2019, initially on loan.

Oshoala, who is currently sidelined with a thigh injury, has scored 19 goals in 16 La Liga appearances this season.

Her country’s captain and the continent’s most decorated female footballer, Oshoala will hope to lead Nigeria to a record-extending 10th Women’s Africa Cup of Nations title in Morocco in July.