The foreign ministers of Germany, France and Italy and the EU's foreign policy chief issued a joint statement Saturday calling for a humanitarian truce in Libya. 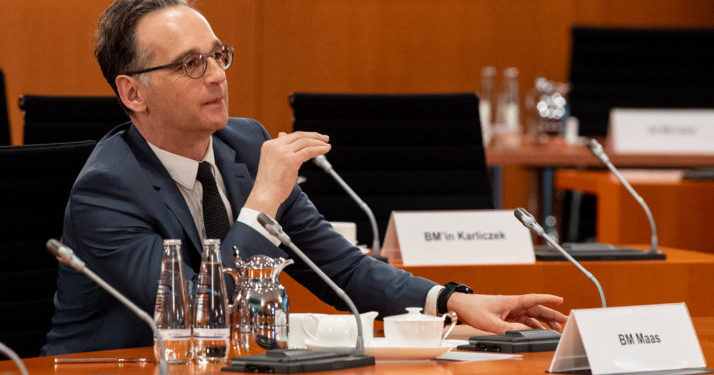 BERLIN, GERMANY - APRIL 22: German Foreign Minister Heiko Maas attends the weekly government cabinet meeting during the coronavirus crisis on April 22, 2020 in Berlin, Germany. Germany is taking its first steps to ease restrictions on public life that had been imposed weeks ago in order to stem the spread of the coronavirus. Shops across the country are reopening, factory assembly lines are restarting and high schools are holding final exams. Health leaders are monitoring the process carefully for any resurgence of coronavirus infections. The number of infections nationwide is still rising, though so far at a declining rate. (Photo by Filip Singer - Pool /Getty Images)

The EU’s Josep Borrell, Germany’s Heiko Maas, France’s Jean-Yves Le Drian and Italy’s Luigi Di Maio urged “all Libyan actors to get inspired by the spirit of the Holy Ramadan and engage in resuming talks for a genuine cease-fire.”

In January, the German government brokered a truce, at least between the various international backers of the two sides in Libya. Despite that, there has been fierce fighting between the U.N.-backed government of Prime Minister Fayez al-Sarraj, and the strongman of the east of the country, Khalifa Haftar.

The three foreign ministers and Borrell asked the parties in Libya to “unite their efforts to face the common enemy … the current pandemic.”