Juan Carlos of Spain Goes Into Exile During Corruption Investigation

The former king’s lawyer assured the Spanish public that Juan Carlos has no intention of escaping justice and will remain at the prosecution’s disposal. 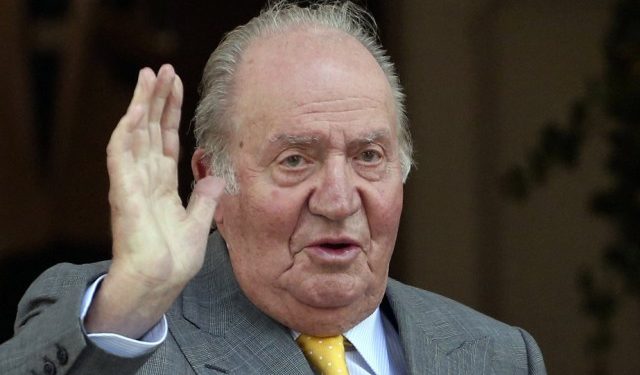 Former King of Spain Juan Carlos announced yesterday, August 3, he was leaving for voluntary exile in an unnamed destination, following the opening of an investigation for suspicion of corruption.

The Supreme Court of Spain opened an investigation in June to determine whether the former monarch could be involved in a case of alleged corruption. The case relates to the offering of a high-speed rail contract by Saudi Arabia.

“Guided now by the conviction to render the best service to the Spaniards, to their institutions, and to you as King, I inform you of my considered decision to exile myself, at this time, outside of Spain,” wrote the 82-year-old royal in a press release by the Royal House.

Juan Carlos explained to his son, the current king of Spain, Felipe VI, that his decision comes to “facilitate the exercise of [his] functions,” in front of “the public consequences of certain past events in [his] private life.”

The former king alluded to King Felipe VI’s recent renouncement of his inheritance from Juan Carlos. The king also canceled his father’s stipend, slightly above €194,000 per year.

Felipe VI took the steps following allegations that he and Juan Carlos are linked to bank accounts with Saudi funds in Switzerland.

Juan Carlos’s lawyer, Javier Sanchez-Junco, reassured the public in a press release that, by his exile, the former king has no intention of escaping justice. Juan Carlos will remain at the disposal of the prosecution, he stressed.

Second Deputy Prime Minister of Spain Pablo Iglesias condemned the former king’s exile in a tweet. Iglesis labeled the move an “escape” that is “unworthy of a former head of state.”

“Out of respect for citizenship and Spanish democracy, Juan Carlos should answer for his actions before the people in Spain,” wrote the leader of anti-monarchist party Podemos.