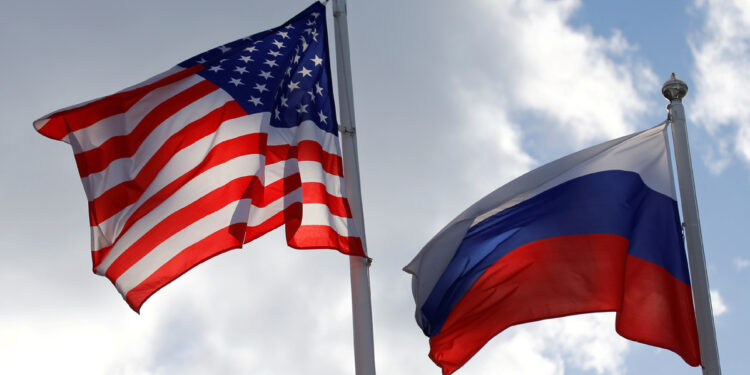 “This step, taken as a response measure, is the inevitable result of the extreme Russophobic policy of the current US Administration, which, in a desperate attempt to maintain American hegemony, has abandoned any sense of decorum and placed its bets on the head-on containment of Russia,” the Foreign Ministry said in a statement.

“However, we do not oppose maintaining official ties when it is in our national interests, and, if necessary, we will address the issues arising from the status of the black-listed individuals in order to organise high-level contacts.”

READ MORE: Moscow cracked down on Meta after it permitted calls for violence against Russian citizens

Others on the list include National Security Adviser Jake Sullivan, White House press secretary Jen Psaki and US Agency for International Development Administrator Samantha Power, a former US ambassador to the United Nations.

The move prevents those named from entering Russia and freezes any assets they have there, according to the BBC. Moscow called the restrictions “personal sanctions” and a “stop list” based on “the principle of reciprocity”.

“Every Russophobic attack, be it attacks on Russian diplomatic missions, airspace closures, or Ottawa’s actual severing of bilateral economic ties to the detriment of Canadian interests, will inevitably receive a decisive and not necessarily symmetrical rebuff,” the Russian ministry said.

A spokesperson for Trudeau, in a statement to Newsweek on Tuesday, said that “the only response from Russia that we’re interested in is an immediate end to this illegal, unnecessary war in Ukraine”.

“Until then, Canada and our allies will continue imposing crippling sanctions on Putin and his enablers in Russia and Belarus. The people of Ukraine, and President Zelensky, continue to have our unwavering support,” the statement said.

The Russian action was met with derision by some on the list in the US.

“I’d first note that President Biden is a ‘junior’, so they may have sanctioned his dad, may he rest in peace,” Psaki said. “None of us are planning tourist trips to Russia and none of us have bank accounts we won’t be able to access, so we will forge ahead.”

Hillary Clinton tweeted: “I want to thank the Russian Academy for this Lifetime Achievement Award.”

The Foreign Ministry also warned that additional sanctions would follow against other Americans.

“More announcements will be made soon concerning the expansion of the sanctions list to include other top US officials, military leaders, lawmakers, business executives, experts and media personalities who promote Russophobia or contribute to inciting hatred of Russia or imposing restrictive measures,” the statement said.

READ MORE: “I must say, President Putin: In the name of humanity bring your troops back to Russia.”– UN Chief

“These actions will be taken in harmony with the major decisions of the Government of the Russian Federation in finance, banking and other areas to protect the Russian economy and ensure its stable development.”

Meanwhile, President Biden will travel to Europe for a March 24 meeting of NATO leaders at the military alliance’s headquarters in Brussels to discuss the situation in Ukraine, Psaki told reporters Tuesday.